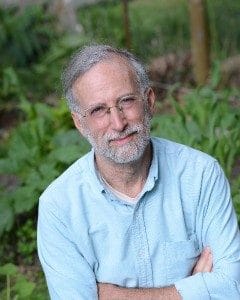 I’m a child of the 60’s. The Vietnam War, women’s rights, civil rights, hippies, rock and roll – the list goes on and on.

In my family, my mother actively worked with the Yonkers Fair Housing committee to help assure that African American families seeking housing were not subject to discrimination by landlords wanting only “the right” people. The country struggled with moving away from what America had (at times reluctantly) offered to what America had promised. For some, that struggle continues.

As part of this transition, our school curriculum was expanded to include studies on African American history and out of that came my fascination with George Washington Carver – a man born a slave approximately 87 years before I was born (his exact birth year is not clear) and ending up with a Master’s Degree at Iowa State University. He subsequently led the agriculture department at the Tuskegee Institute from where he help to revive and revolutionize cotton, peanut, soy and sweet potato farming. 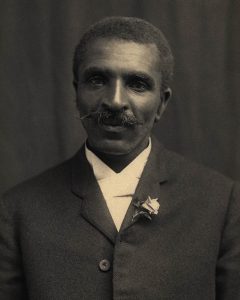 His life story is incredible and truly inspirational, but one thing about his story that has really impressed me is what he saw in the lowly peanut.

At that time, most people thought about peanuts as a snack food, a key ingredient of making peanut butter, something to feed to animals at the zoo, maybe something to throw at that girl with the long pigtails to get her attention (there are of course much better ways of doing that) or simply something that helps to fix nitrogen to the soil.

George Washington Carver looked at this same peanut (along with soybeans, pecans and sweet potatoes that he also studied) but started thinking outside of the box and saw opportunity that others never bothered to look for.

Carver found 300 ways to use the peanut. To him, it was a tiny collection of ingredients needed to make things – some of which became critical to our war effort in World War II – like adhesives, bleach, instant coffee (ok… everyone has a bad idea from time to time), shaving cream, paint and stains, bio fuel, and a lot more.

The man who was born into slavery ultimately revived a failing segment of America’s cotton growing industry, helped our war effort, and inspired one child of the 60’s to think outside of the box.

It is not often that you get to “touch” a childhood hero, but that’s exactly what happened to me in April 2015. I was invited to speak at Tuskegee University at the “George Washington Carver Lecture Series” because “…with the global food demands on the rise, it will take everyone to ensure that there is ‘enough’ … [and] thinking … outside of the box, such as you have done, to adequately address this issue.”

While I have quite a few speaking engagements this year around the country, none of them was quite as exciting on a personal level as this one was. February is Black History Month and I hope that the story of George Washington Carver will inspire you, as it does me, to think outside of the box to find ways to make our world a better one–to look for solutions to our world’s biggest problems in even the smallest of places.