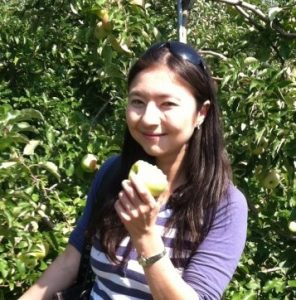 We all need to eat healthy, but unfortunately our current food system makes unhealthy food much more appealing than healthy food. One of the hardest hurdles for people that are addicted to food, unlike smoking, drugs or other addictions where they should be completely removed from their life, is that people trying to eat less still need to eat, they just need to eat smarter. And healthy food has traditionally had the reputation of being worse tasting, but you eat it because it is better for you. Similarly, computer games have been shown to have remarkable cognitive benefits, but games that are geared towards education or health benefits are viewed as not fun. And even when researchers try to make them fun, they do not have the popularity of games created by the gaming industry, instead they are described as chocolate covered broccoli – something healthy trying to pose as something tasty. A continual challenge in the nutrition field has been to try to show that healthy foods are tasty.

As an Intern at the American Association for the Advancement of Science (AAAS), I worked on a project to organize a panel of speakers about neurogaming.   The International Neuroethics Society held a program called “Neurogaming: What’s Neuroscience and Ethics Got to Do With It?”. When games that can read your brain waves to determine what interests you and then adapt the game in real time accordingly are already in the pipeline, it is easy to see why it could cause ethical concerns. Can you imagine if fast food companies were able to use this technology, or to access this brain wave data to better target their advertising?   This would be a huge blow to marketers of fresh and healthy foods.

Unfortunately, advocates of healthy eating do not have the money to promote nutritious foods the way that the commercial food industry giants have, both to create the marketing campaigns, and to do the research to understand what will make their marketing campaign most effective. I always enjoyed the “Got Milk?” campaigns, and although the advertising agency that introduced this phase almost didn’t because they thought it was lazy and grammatically incorrect, it turned out to be highly successful. Instead of focusing on the health benefits, they focused on making drinking milk cool, and the campaign has over 90% awareness in the US. Not bad for the California dairy industry, who do not have the budget of Coca Cola or PepsiCo.

I was encouraged the other day when I ran passed a lady talking on her phone, eagerly describing how delicious what she was eating was. She said it was raw green beans, and that they were tastier than she could have ever imagined. In the beautiful summer months, the variety of fruits and vegetables are plentiful and this is when AmpleHarvest.org needs all gardeners to bring any produce they can to their local food pantries, so that we can let the flavors of the fruits and vegetables advertise themselves.