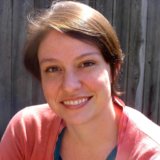 The shopping is done, the company is gone, and so a week of eating on $4.50 a person per day has begun.  If we don’t have what we need to make it 5 days straight then we’re not going to have it. The money is all spent. Well, almost. I still have about $5 left. Not enough to go out to eat but if we need to we can make one more trip to the store…probably for snacks.

Round two of grocery shopping was illuminating. This time the store was packed. The lines at the check out were so long that folks who were still shopping couldn’t get through the front of the store for all of the cart traffic. I waited for a long time. A woman two carts in front of me was checking out and it seemed to be taking forever. I think she must have grabbed everything she wanted to buy and was having the cashier total it for her as she went so she wouldn’t go over a set amount. There was a lot of back and forth, “no, take that off, try this” and so on. I realized I’ve never had to do that–really worry about going over budget at the checkout.

After shopping for this challenge I can imagine how hard it might be. Several items on my list weren’t clearly priced. I couldn’t find ONE scale in the produce section to weigh my items to figure out how much they were going to cost. There were special bargain tags on a few items, but I wasn’t sure if they were still applicable. Even though I tried my best to calculate the total as I dropped things in the basket, I still wasn’t sure how much it would be until the cashier finished ringing it up. In my case, however, if I went over it was no big deal. Maybe I won’t use it for the SNAP Challenge, but I’ll eat it later.

I could tell the woman was embarrassed and she probably felt the collective impatience of all of us bearing down on her. I found myself telling her (in my head) not to go for that pricey pre-packaged, individual-servings item. It wasn’t healthy and it cost way too much for what it was. What is wrong with me? Why was I being such a jerk? It’s easy to stand aside and criticize others for their food choices, but think about all that she was going up against.

She was probably trying to get something she knew her kids would like (I know how hard it is to find a balance with little hungry monsters). She probably wanted something that didn’t take a lot of time and effort to cook or prepare; something that seemed inexpensive; something that seemed healthy. The advertisements on the packaging sure made it seem like it was the greatest single food item in all the world. It would be filling, and it wouldn’t go bad. That’s the best that I could say for it. Unfortunately, such is life for many families relying on SNAP benefits. Buying fresh is not an easy choice, nor is it often the most economical when you just don’t want your family to feel hungry.

My plan was to finish the shopping then use my extra cash at the farmers market. Well, it turns out I didn’t really have much extra cash. And, unfortunately, there was not much at the farmers’ market that would have been cheaper than the store. So most of my fresh produce for the week came from the grocery. I bought that bag of carrots for 79 cents, some broccoli for $2.49, a bag of apples for $3.49, a bunch of kale for 99 cents, 6 bananas for $1.23, one onion for $1.03, one garlic for 29 cents, and a bag of grapes for $4.58. I did save $2.50 of my money to buy big bag of salad greens at the farmers’ market. (They are usually $5, but if these were real SNAP dollars, they would be doubled.) The bag is equivalent to about two of the plastic boxes of salad greens that you buy at the store so this was a pretty great deal. We’ll be having salad with dinner, hallelujah!

These fresh food items are nice to have, and the double value SNAP coupons for the farmers’ market are awesome, but the most amazing deal of all is a packet of seeds. Several months ago I spent one dollar on a packet of tomato seeds. Using only a small portion of the seeds in that packet, I grew about 8 tomato plants which have provided us with lots of tomatoes for salads, sandwiches, and sauces.  It is a little known fact that SNAP dollars can be used to purchase seeds and seedlings if they are sold at a SNAP retailer. Seed packs at the Kroger where I shop were $1 so, I’m deducting that from my total SNAP budget, and I’m going to eat a lot of tomatoes this week as part of the challenge.

Now to the eating (usually my favorite part). We had tomato soup with grilled cheese sandwiches and a small, plain salad for dinner. Breakfast was a very bland bowl of oatmeal with raisins. I can tell already that this is going to take some getting used to. I’m not a big fan of salads in the first place so I like to dress them up with nuts, cheese, vegetables, and lots of dressing. (Dang it I forgot to buy dressing!). One day in and I’ve already used some items that are off limits–oil and vinegar for the salad, and honey for the oatmeal. All three of these seemingly innocent condiments would have eaten up a big chunk of my budget. Can we just pretend that I bought them last month with my SNAP dollars? Don’t judge me. Plain oatmeal is gross.

Next time on the blog, hear from my four-year-old snack-monster about what he thinks of this whole idea. Here’s a hint: he does not like it.