Healthy Eating Adventures: NOT So Exotic Fresh Fruits and Vegetables 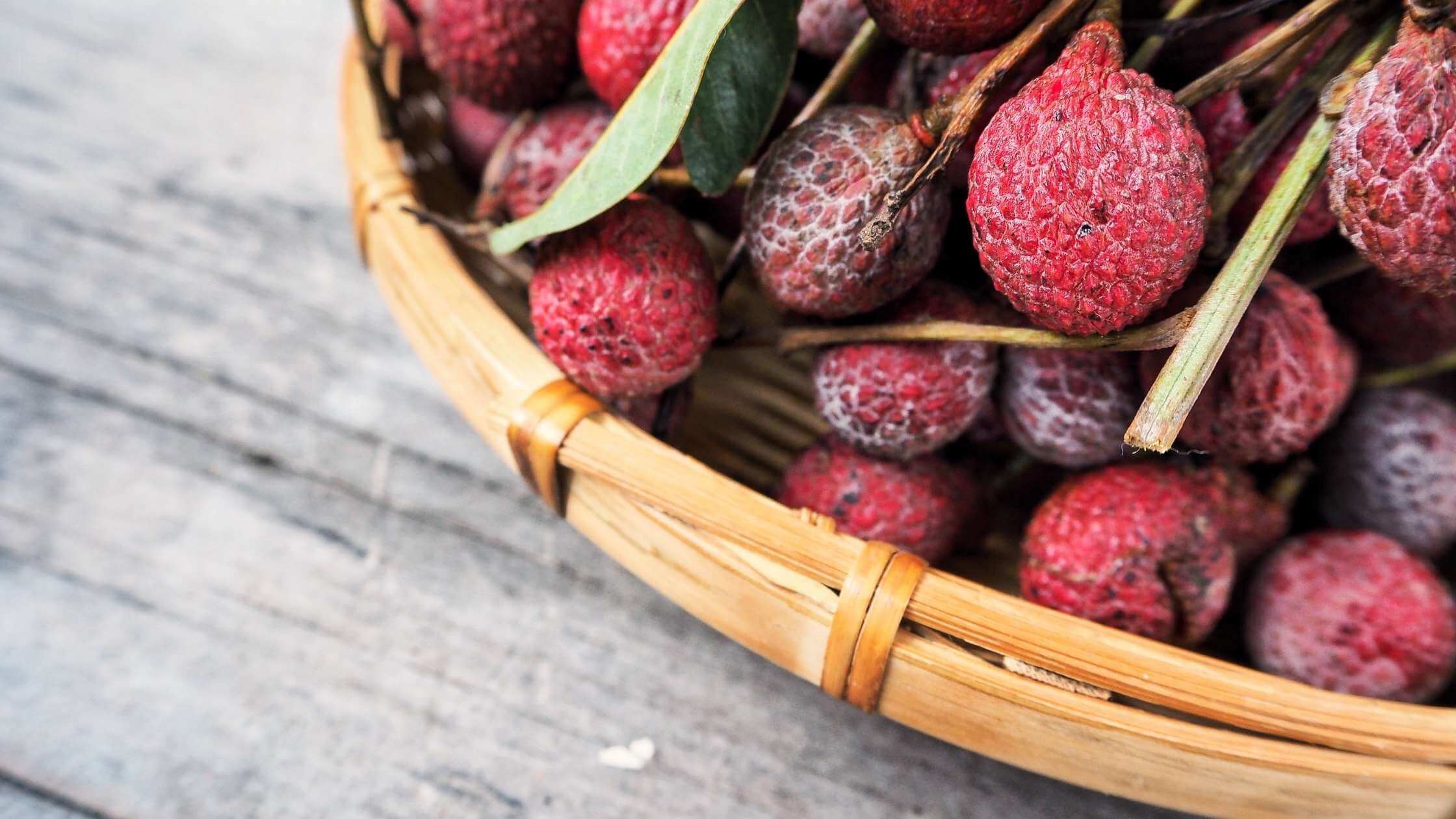 My sister came to visit me in DC after a trip to the NYC Chinatown where she bought a bag of lychees, a summer fruit that is very popular in Hong Kong. I was born in California, but lived in Hong Kong for fourteen years before heading to Philly for college. I then worked in the City of Brotherly Love until I moved to Baltimore to study public health, and now being in DC, I confuse people with what I mean when I say home.  But for now, we’ll go with Hong Kong. My family, like many there, bought pounds of lychees and mastered the art of peeling off the hard red skin to eat all the delicious white flesh hidden inside before spitting out the smooth black pit. In Hong Kong, most of our fruits and vegetables came from outdoor markets or street hawkers who only sold local and in-season produce, so lychees were only available for about two months of the year. When my mother would come home holding the first bag of lychees of the year, we would be excited like a festive holiday had begun, and there was always a loud sigh when the day came that they were no longer available and you wished you had eaten a few more. But my courses as a Human Nutrition graduate student at the Johns Hopkins Bloomberg School of Public Health suggest that this is not a bad thing, since fruit in season would be the most flavorful and nutrient- dense. Unlike in the US, you can tell the season in Hong Kong by what produce is being sold.

Back in DC, my sister and I were so happy to be munching on lychees again. My sister had also picked up a single rambutan—a fruit that resembles a lychee but is covered in hairs—for us to try.  I had seen these before but had never tasted one.  She told me that my mom does not like rambutan, which is why we never had it in our house even though it was common in Hong Kong.  I have been fortunate that I have eaten many different types of fruits and vegetables because my parents liked to travel and eat like the locals, but rambutan was plentiful around me, and yet I never even paid attention to it until now, years later when suddenly it seemed so exotic.  The influence that parents eating habits have over what their children eat is remarkable.

My sister and I were looking at this rambutan trying to figure out how to remove the hairy, unfamiliar peel.  My sister joked that people who buy (and of course people who grow) it probably know how to peel it.  Evolutionarily it probably made sense to stick with foods that we were familiar with to avoid eating unknown things that could kill us. We don’t have that problem in this modern-age food system, but the truth is most people still tend to stick with what they know.  Not only is that unfortunate for little hairy rambutans, but it may be a hindrance to our overall health since fruits and vegetables with their great diversity of colors and textures capture different nutrients, minerals and other trace elements inside of them, which are essential parts of our diet.  We have tried to bottle up the nutrients that we think have the health benefits, but time and time again we find that the magic only comes when we eat the actual fruits and veggies.

Sadly, healthy, beautiful, fresh produce is often missing in the diet of low-income households, both because of cost and insufficient access in places like food deserts.  The people who are food insecure and depend on food assistance are more likely to buy cheaper, high-calorie low-nutrient foods out of necessity and stick to things they are familiar with. 50% of the beneficiaries of SNAP (Supplemental Nutrition Assistance Program) are children so one result is that many types of fresh produce are becoming foreign to future generations.  And this is why when I heard Gary speak about Ampleharvest.org on Capitol Hill, I was instantly drawn to the program.  I was very aware of the problem, but I had never heard of such a simple solution.  It is brilliant, and it is bringing fruits and vegetables to the tables of families who otherwise had no access or experience buying, preparing and eating fresh produce.  By connecting gardeners with people in need of healthy food, we can make fresh fruits and vegetables a little less exotic, a little more accessible, and can make diets a lot more healthy.

By the way, the Rambutan peel comes off similarly to the lychee peel.  Tastes like a cross between a lychee and a mangosteen. Which means rambutans are delicious.